Explaining the process requires some big and complicated words. Not big as in real size or number of letters in a word but in the sense of consequences. Yes, it progresses slowly for a good percentage of sufferers, but what if those early years are spent searching for an explanation of random symptoms? Imagine living through a decade of endless testing and frustration with no answers.

The onset of clinical symptoms from the triggering event may range between 10-30 years. Symptoms and signs will present depending on the location of hemosiderin deposition and state of weakness of neural tissue. The intensity of deposition shown on imaging will not always correspond with the degree of disability due to the slow-moving progressive nature of the disorder. Although easily identified by ​magnetic resonance imaging ​(MRI), Superficial Siderosis is often confused for other progressive neurological conditions such as multiple sclerosis, Parkinson’s, or multiple system atrophy.

Reports will mention the classic triad of symptoms: Ataxia, Sensorineural Hearing Loss, and Myelopathy. Still, if you look carefully into the problems most often reported by Superficial siderosis patients, you find the clinical symptom list is a little more complicated than the classic trio. 95% of patients will exhibit progressive hearing impairment in both ears. 88% of patients will show signs of progressive ataxiaOverview Ataxia is considered a symptom of your superficial ... with a focus on wide-based gait and balanceOverview Proprioception is your body's ability to sense wher... issues. 76% will experience myelopathyOverview Myelopathy is one of the three major symptom catego... with pyramidal signs.

Is There New Information?

Recently published studies have documented many clinical symptoms now found with Superficial siderosis. Most are symptoms in one of the three parent categories. A few, DepressionOverview As the symptoms from superficial siderosis progress..., Craniospinal HypotensionOverview Craniospinal Hypotension, also known as Intracrania..., and Neurological ReserveOverview In cases of superficial siderosis, neurological res..., aren’t direct clinical symptoms but have an obvious connection. No one, to our knowledge, has ever experienced all of them. Our glossary continues ever-evolving, and expanding as we review new information.

How Does Superficial Siderosis Develop?

As individual blood cells travel through your subarachnoid space, they begin to rupture through a process called Hemolysis. The bursting of cell walls creates a heme overload that triggers the Bergman glia and Microglial cells to fight back by producing the enzyme heme oxygenase-1. This enzyme breaks down the heme and results in the release of free iron molecules, carbon dioxide, and biliverdin. Your body converts biliverdin into bilirubin and routes it out of your body through your liver. Glial cells manufacture ferritin, which binds to the free-iron.

Eventually, the ferritin-bound iron molecules attach themselves by forming a layer of hemosiderin on the subpial layer that covers the nooks and crannies of your brain, brain stem, spinal cord, and surrounding tissue. Gravity comes into play. Laying down or sleeping positions the cerebellum to become a prime target. Walking or sitting upright puts your spine at risk for the remainder of the day. Cranial nerve sections that run through your cerebrospinal fluid also become covered in hemosiderin. This long-term exposure to free-iron molecules is toxic. This may result in neural damage, cerebellar atrophy, and neurodegeneration. 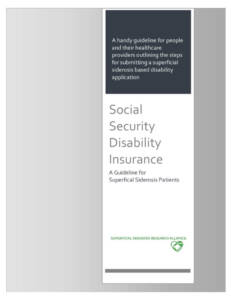 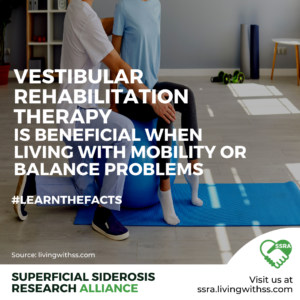